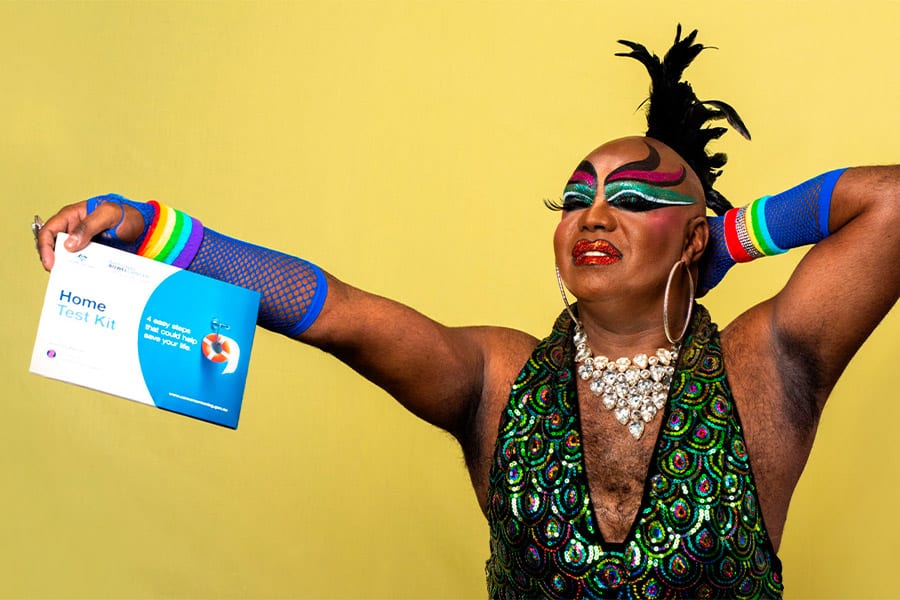 Get Your Kit Together aims to raise awareness of bowel cancer and the importance of regular bowel screening, and increase screening rates among LGBTQ people aged 50–74 in NSW.

Adopting a fun and engaging instructional approach — inspired by Jazzercise clips of the 1980s — the campaign video shows how quick and easy kits are to use with the help of a range of a range of LGBTQ community identities, including Indigenous drag icon Nova Gina, Trans Pride Australia co-founder Peta Friend, comedian Denise Hanlon and broadcaster Michael El-Bacha.

“As one of the most common forms of cancer, many people in our communities will have personally experienced bowel cancer or have had someone close to them impacted by it. Get Your Kit Together aims to bring awareness to the screening process in a light-hearted and humourous way, inspire conversations and encourage people to test,” Parkhill said.

“Despite being a community that on the whole is very aware of the National Bowel Cancer Screening Program, many LGBTQ people between the ages of 50 and 74 have never used, or only used some of the test kits they had received in the mail.”

In developing Get Your Kit Together, ACON heard from community members who felt that a lack of LGBTQ representation in mainstream cancer screening and prevention campaigns made messaging feel less relevant and engaging to them.

Along with a video, Get Your Kit Together features out-of-home advertising across NSW, including regional placements, in print, digital and social media.

The campaign has been developed by NSW’s leading LGBTQ health organisation ACON, in partnership with the Cancer Institute NSW.

Find out more at the Get Your Kit Together website.

For information about how to improve bowel cancer screening in your practice, visit Primary Care Impact — Improve FOBT screening of people aged 50-74.

Learn about Indigenous connection to spirituality and ancestors