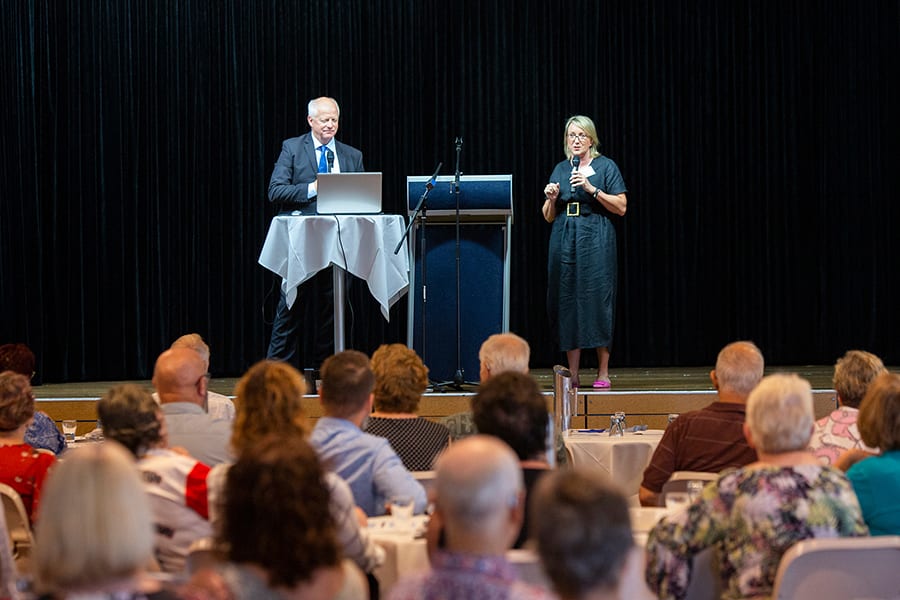 The North Coast community will have a big say in its own future health care, attendees at the 2019 Community Health Day in Ballina heard last week.

ABC Radio National’s award-winning health broadcaster, Dr Norman Swan, facilitated the day, which was held at the Ballina RSL Club and included around 200 community members and representatives from across the health and social services sectors.

Dr Swan said there were many factors that affected health outcomes and a person’s life expectancy. One of the key ones was location, which influenced income, housing, education, access to health care and more.

The North Coast of NSW is one of the lowest socioeconomic regions in Australia. Priority areas include mental health, Aboriginal health and wellbeing, alcohol and drug use and the ageing community.

Dr Swan said studies had repeatedly shown one of the key determinants of ongoing good health was the ability to retain control of your life.

He said when people lost the ability to control their lives, either through sickness or for other reasons, they were unable to make life-affecting decisions, which often led to chronic stress and escalating health issues.

Dr Swan said the healthy communities of tomorrow would be ‘engaged communities’, pointing to the current collaboration between the Mid North Coast Local Health District, NNSWLHD and NCPHN, known as the North Coast Collective.

NCPHN Chief Executive Julie Sturgess said the North Coast Collective strategy was a work in progress. It is using community consultation, data and detailed modelling to produce a regional blueprint for future health care, with a goal of delivering better planned services.

She told attendees that deciding where to invest scarce health dollars for best results was one of the big challenges facing a health system constantly looking to improve outcomes for the community.

“We have done a lot of work with our communities over recent years, asking how do they feel about health,” Ms Sturgess said.

NNSWLHD Chief Executive Wayne Jones said there was constant pressure to allocate funds where they were most needed, in the face of population growth and ever-increasing demand for health services.

“Our vision is to be better connected – to put the needs of carers and consumers at the centre.

“This is a long game and it has to have all agencies involved. We can talk change until we die, but we need to start implementing change.”