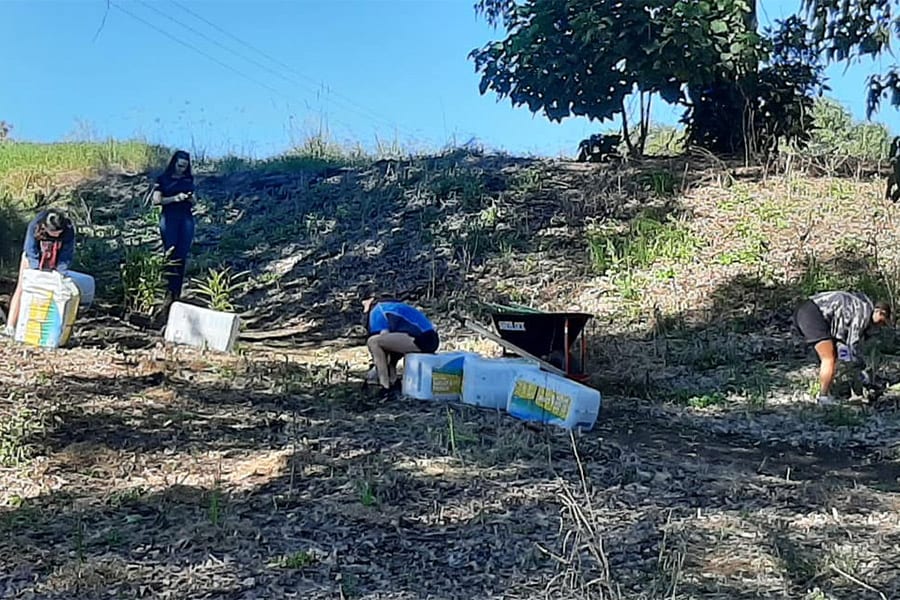 A project in Casino to create a bush tucker walk along the riverbank has strengthened the cultural identities of its young Indigenous participants.

The recently completed ‘Water is Life’ project also aimed to reinforce their connection to country, Elders and community.

In stage one, jobs were created for two young Indigenous people to work alongside program facilitator Ben West from the Casino Sports and Recreation Association. They cleared, levelled and tidied the accessway to the river and created a path beside the water’s edge. The site is located behind Casino’s Queen Elizabeth Park. It was suggested by the local Boolangle Aboriginal Lands Council and approved by their board.

Ms Maunder said the students learned to identify some of the plants and their uses. She hopes future funding is created to continue educating and supporting Casino’s Indigenous young people in becoming ambassadors for the Richmond River.

At the same time, the students were also involved in cultural practices and activities such as weaving baskets and making jewellery, using available materials on site. They learned about the Richmond River and connected with the space. Young men in the program also retrieved discarded shopping trolleys from the river.

‘We’re encouraging the young people to re-engage with education by creating a different learning environment rather than a standard seated classroom,’ Ms Maunder said.

‘This program will help create and foster students’ relationship with the wider community, including community-based organisations and groups, and further teach some aspects of traditional cultural knowledge.

‘We wanted them to get their hands and feet in the soil, learn more about culture and come away with a sense of self-pride and feeling confident, motivated and inspired. They’re creating something lasting for their community.’

Ms Maunder said many local community groups and government organisations had contributed to the success of the project.

‘It’s just been such a journey,’ she said. ‘The long-term goal is to generate further funding to create ongoing employment and programs to maintain the bush tucker walk and future activities at the site.’

The project is being announced during NAIDOC Week, tying in with this year’s theme of ‘Heal Country’.